Rob Morritt left us all behind on Tuesday 17th March 2009
with his wife and his best friend beside him.

Rob, left on the Strat in his band "The Young Drunks" circa 1989
Greetings! Nice to see that you created this page in Rob's memory. Just to provide you with accurate information, the picture is from 1989
and the band was "The Young Drunks". Robbie always wanted to name a band that, so he did. ;-)  Mike Foster, Feb 2011

Like many of us, Rob was excited to find out what the new Hagstrom models were going to be like.
This prototype or USA custom looked very promising. Rob was really pleased to be in Canada for this preview
trade show, and was treated well by the Jam Industry guys. I remember those early days too ha-ha!
(Thanks to Kwinn Kastrosky for finding this pic)

A funny and generous natured guy, Rob was always making things sound positive, even when they were anything but.
WE WILL MISS YOU, - THE FRIENDSHIP WAS GREAT 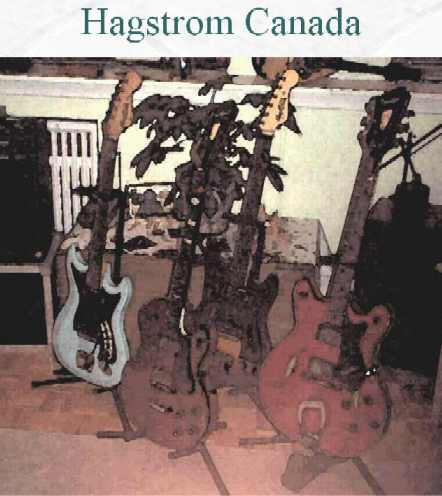 All those of you who have been trying to get to Hagstrom Canada, following a glitch by the ISP host,
and a re-registration of the original site, we will aim to republish some of Rob Morritt's original project.

We will keep you posted...

[*2 March 09] Thanks Kwinn for your memory or even your email archive to provide the date!